Sleep cycle of your baby 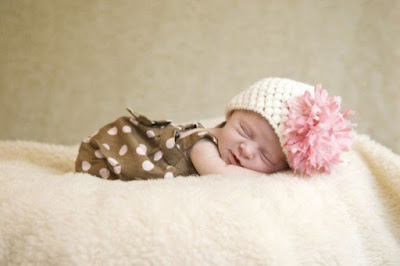 Did you know that there are a number of hours you should sleep your baby during their process of growth and development. Babies and Parents explains about this topic.

The principle consists of sleeping most of the time around 20 hours, with intervals for food, or grooming. This amount of sleep will decrease as the baby develops, what is called ontogeny of sleep.
“Around the third month, the dream begins to manifest itself mainly at night, and even when still sleeps much of the day as it is smaller, the naps are fewer in number and in duration,”.

Six months he sleeps about 15 hours, predominantly at night with two long naps. They decrease to 13 hours for the first year of life, 12 hours in the second year and 11 hours of preschool age.
From the third to the sixth decade of life, occurs a slow and gradual of the effectiveness of the dream and of the total time. With advancing age, sleep becomes more fragmented and lighter.
Sleep changes with age not only in their quantity (total decrease of night-time sleep), but also in its structure (fragmented sleep, with increased number of night awakenings, with significant decrease of deep sleep and less decrease of REM sleep in addition to moves to the first hours of sleep) and also changes the temporal distribution: the rhythm sleep-wake back to being polyphasic, and there is a progression of phase (go to bed earlier and rise earlier).

In the first year of life, the dream is definitely nocturnal, but there are still naps, which may be two, one hour or a longer period of time. This is up to the preschool age, and there disappears. Therefore, the evolution of this sleep pattern indicates a proper development of the baby.
“When a baby sleeps in this way is the beginning of a development right, but when a child of four years old still naps very long or do two naps means that you are sleeping less and less time in the night, what is motivating the expression of sleep in the day. If care is not taken leads to an investment cycle sleep wakefulness,”.