Sleep disorders in the baby 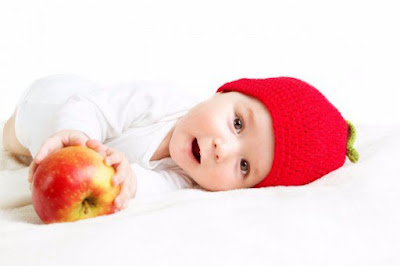 Many times your baby is not sleeping quiet, complain, wake up several times in the night and that you are concerned about. By this, Babies and Parents you explain in what consist of sleep disorders in the baby.

Types of sleep disorders in the baby:

• Central Apnea of the newborn

The central apnea of the newborn of breaks in which babies stop breathing for a few moments while they are asleep. Breathe well to be awake, but when asleep they begin to have difficulties breathing.It is one of the causes most associated to Sudden Infant Death Syndrome, Crib Death, or Death of a Neonate during sleep. Have a risk of developing this condition, those infants that are born very small with low weight and low size at birth, are usually those born prematurely that weigh around 1 kilo and a half.Also occurs in little ones who were not premature but yes they had some problem during birth, that is to say, any infection or complication during delivery.“Death in sleep in infants occurs because they are still immature and their body does not detect that lack of oxygenation that causes the stop breathing, do not react and succumb easily”, explained the neurophysiologist, dr. Reyes Haro Valencia.The specialist added that “after the first year of life is already a reflection that helps them to respond to the lack of oxygenation. Move, activate, wake up, cry, something to do but return to breathe. But before, particularly between two and six months of life are vulnerable and have these risk factors.”Another risk factor is that they are children of adolescent mothers or of those older than forty years. Also affects that the woman has consumed any drugs during pregnancy or had any complications during the same.In the case that the family have a record of any death previous for this reason, further increases the risk of apnea and therefore the likelihood that they might die while they are asleep. This is the disorder that is most often addressed in the clinics of sleep in relation to babies.• InsomnioA from the first year of life and particularly in the second, it begins to have a complaint of insomnia, that is to say, a difficulty to sleep.This disorder is distinguished in the young because they wake up at some point in the night and cry desperately demanding something, which disturbs sleep of the parents. “What causes this type of insomnia is that it does not adhere to the patterns of normal development of the baby and is still feeding on way night when it should not be done. It is for this reason that from the sixth month it is recommended to taper off the evening intake of foods and from the first year they should not be given anything,” said the specialist.“The small associated sleeping or feeding with the presence of the parent, therefore it is recommended that beginning from the sixth month the baby begins to become independent, and to distinguish what is his place to sleep. The goal is to not associate it with the arms of dad or mom or sleeping in the bed of these because after when you take to your bed or when you wake up and you're not a mom or a dad, the bottle, the tv, or the toy that taught him to sleep he cries demanding the presence of these stimuli,” said dr. Reyes Haro.

It is a sleep disorder in infant behavior during sleep associated with brief episodes or partial awakening, without causing a major interruption of sleep or an altered level of the waking day. The symptom is usually related to the behavior itself. It is most common in children, although it can persist into adulthood, where you have a greater pathological significance.“Relates to any of the four stages of sleep known and are disorders that make the child do something strange while you are asleep: you can talk, bed wetting, getting up to do things, etc,” explained the doctor.Are benign conditions of dream that normally, when adolescence is reached, they transfer, cease to occur and if they persist in adolescence and even more in adulthood should be suspected of a neurological disorder known as epilepsy night. But generally if you have measures of sleep hygiene will learn to sleep better and they will disappear faster these parasomnias.

Snoring is not normal. If a child does it indicates that you are not breathing well while you sleep.Children who snore do so because they have grown the tonsils, the adenoids, the uvula, the tongue, the soft palate, and may be one of them or all in unison.“This abnormal growth causes to relax these structures to sleep and to pass the air of the breathing, it vibrates and as it is in the acoustic zone, where we generate the sounds of the language, there is a noise severe,” says dr. Reyes Haro.Is very careful when they have three or four snoring in the child, and then there is a sense of silence. This, because while it records the silence, the chest is still moving and the abdomen acts as if you are still breathing, but is not passing air. This silence indicates the time that the child stopped breathing, or apnea.After that silence returns to have a snoring more intense, there are three or four snoring, again a silence, a snore, silence. Every silence tells us that you are stopping breathing, and this is a serious problem that needs to be addressed, is what is called the obstructive apnea of sleep.The apnea can last between ten seconds and one minute. The longer it is, the more they will diminish the levels of oxygen, which makes it difficult for the child to reach a stage of deep sleep. Because of this there is not enough production of the growth hormone, that generates which are of smaller stature. The decreased levels of oxygen affects brain function, therefore, are children who have some difficulty in school, learning.