Meningitis: what it is, transmission and prevention 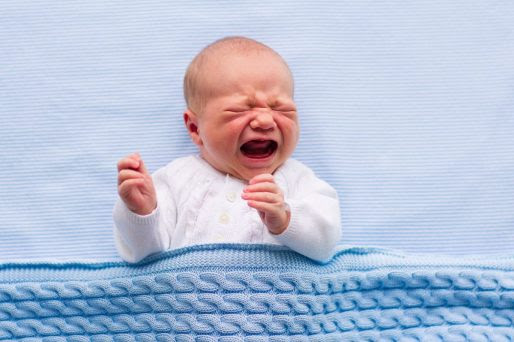 The meningococcus is a bacterium that enters through the pharynx, and can from here and via the blood to reach the central nervous system, inflaming the membranes that surround it (meninges), causing a box of meningitis.

There are around 13 different types of meningococcal bacteria, called serogroups, but those are isolated more frequently in patients are A, B, C, y, W135. The distribution of different serogroups is variable from one country to another, depends on the age and change over time.

How is Meningitis spread?

This bacterium can be found in the pharynx in healthy subjects (asymptomatic carriers), and these, as sick people can transmit it through the air via respiratory droplets when coughing or kissing . Transmissibility, however, is relatively low and requires to remain in contact with a case of symptomatic or carrier for a period of about 5 hrs and in closed venues.

Who are the most affected?

The most affected groups are children under the age of 5 years, and at a lower intensity, school children and adolescents. Also by your condition are especially susceptible patients with some conditions such as lack of a spleen, HIV infection , deficiency of complement and other.

What are the symptoms of the disease?

The symptoms are usually high fever without apparent cause, headache, which in infants is manifested as irritability or inconsolable crying. You may also be stiffness or difficulty moving the neck. There may also be nausea, vomiting, sensitivity to light, red spots or color winy in the skin, and confusion. If these symptoms are present you should consult quickly in a health care center for proper medical evaluation and testing.

Is it possible to prevent Meningitis?

The disease can be prevented through vaccines and also taking simple measures, but very important, such as washing hands frequently with soap and water or alcohol gel (an efficient flushing should last 15 to 20 seconds ). It also helps to ventilate the rooms and avoid overcrowding.

There is No reason to recommend that children not attend their school activities as usual. In front of a case of disease meningitis, in addition to the availability of drugs ( antibiotics) administered to the contacts to reduce the risk of getting sick by eliminating the bacteria from the respiratory tract .

The evidence shows that only have the risk (under) those living under the same roof or have remained in close contact with a confirmed case or a suspect for a period of at least 5 hours .

What do the vaccines?

The vaccines to prevent disease caused by serogroups W135, A, C, e, And through the production of defenses (antibodies). These vaccines do not protect against serogroup B, which is also circulating. For this agent is in advanced development of a new vaccine that could be available in 2 to 3 more years.

Available vaccines called conjugate, not only protect against the disease, but they have another notable effect, since they achieve to eliminate the meningococcus in the pharynx of the vaccinated and they reduce the transmission of microorganism to other non-vaccinated and therefore their effect is multiplied. This is called herd immunity or group. To achieve that effect, you are required to vaccinate the largest possible number of children. This can only be achieved with conjugate vaccines.

It is important to understand that there are other types of meningitis that are also circulating in our country, since a few weeks and that has caused confusion. These are produced by virus type enteroviruses that circulate in the spring. Are are not prevented by vaccines, and are usually benign , self-limited and rarely leave sequelae. Many patients are not even admitted to the hospital later to confirm the diagnosis.

Both products come in individual containers and do not require the use of preservatives such as Thimerosal*.

Both vaccines are very safe. Like many other vaccines may produce local pain, redness, swelling is usually mild to moderate, as well as a headache and something of decay.

* Thimerosal -This preservative is used 70 years ago in some vaccines, and generates information in the media and social networks for their alleged insecurity for the children, suggesting an association with neurological disorders such as autism spectrum or developmental disorders such as attentional deficit. It is important to note that the scientific evidence has not shown any association with the above and the Thimerosal is still used in many countries of the world.