Insulin resistance: a Possible cause of infertility 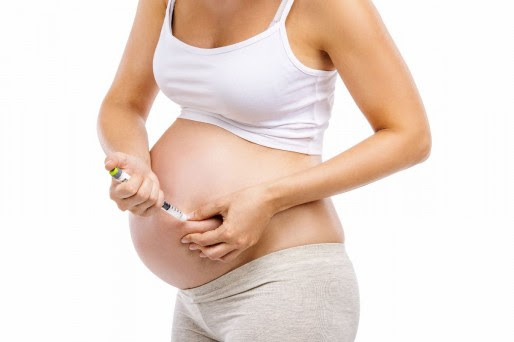 In Chile, about 350 thousand couples have problems of infertility, and one of the causes that has increased during the recent years is insulin resistance. This situation currently affects more than 40% of women and is associated to overweight and obesity

According to international studies, about 75% of patients consulting for infertility and problems anovulatory exhibit insulin resistance. Jaime Garcia, nutritionist of Clinic Avansalud, points out that this disease develops mainly in women who have a genetic history of this condition or of diabetes, but also in those that are overweight or obese, especially abdominal and sedentary life”.”

The insulin resistance causes the pcos, because excess insulin, causes an over stimulation of the ovaries and induces to generate a greater amount of androgens or male hormones, thus preventing ovulation, fertilization and implantation of the embryo, resulting in many cases of infertility or miscarriages in the first trimester of pregnancy.

Many women still do not want to have children and are of childbearing age should monitor your quality of life, prevent excesses, and if they show any of the factors that trigger this disease, go to the specialist.

The insulinoresistencia is a metabolic disorder that is characterized because the hormone called insulin, produced by the pancreas, blocking the entrance of glucose into the cells of the body. “Faced with this situation and as a compensatory mechanism, the body increases the synthesis and release of insulin, increasing glucose levels and creating problems in several tissues”, stated García.

The test to detect insulin resistance with accuracy is the curve of insulin, which consists in the extraction of 3 samples of blood, to the 30, 60 and 120 minutes after a load of oral glucose 75 g to evaluate the behavior of the hormone and determine whether the person has or has not this condition.

However, there are some signs that indicate this condition. “One of them is the appearance of dark spots on the neck, in the creases of the elbows and in the knees, which is called acanthosis nigricans. Another hint, is the presence of skin tags that are moles of meat that normally come out around the neck”, explains the specialist.

The treatment consists mainly in the use of specific medications and in adherence to eating plans custom prescribed by a physician nutritionist, is complemented with the regular practice of physical activity.

Dr. Jaime Garcia, concludes that insulin resistance is a very common cause of infertility in Chile, but that is absolutely treatable and reversible, and therefore advises all women of childbearing age be screened for insulin curve to detect and treat timely this condition in order to prevent diabetes and infertility.