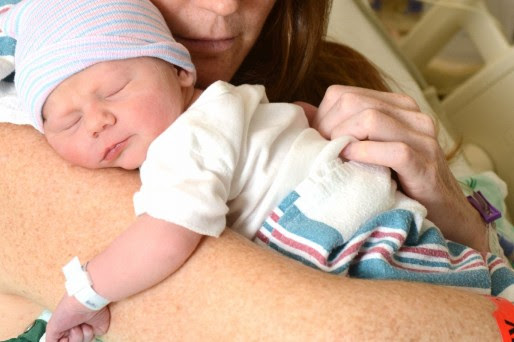 A number of myths surrounding breastfeeding. The pediatrician and neonatologist Clinical Avansalud José González, tells us about this wonderful process.

It is undeniable that breastfeeding has many benefits for children as well as moms. Until today it is known that contains close to a hundred of components highly positive contribution to the development of various organs and that are irreplaceable.

All women are built to breastfeed, however, a number of myths or beliefs surrounding this process, leads to failure in breastfeeding, or frustrated, mainly because they have not received suitable advice.

Dr. Jose Gonzalez explains that lactation is a physiological process, therefore should be foreign to many of the recommendations “must stop, on all new mothers, who will be creating their own experiences, no set times or strict limits that carry general, the failure of breastfeeding and not be able to practice the recommended free demand”.

The specialist points out that all delivered recommendations since it is a field that blends the medical with the cultural. “All health personnel working with mothers and newborns at the start, and then click the controls in the infant, it should be clear that the goal is to achieve that is to establish breastfeeding as a physiological phenomenon and natural, which is what that is called breastfeeding free demand”.

The pediatrician says that successful breastfeeding is achieved only if the mother is emotionally quiet without the stalking or harassment of the family environment or doctors, about the expectations of the breastfeeding “In concrete terms, an adequate intake of fluids, between 2 to 3 liters, could establish a good volume of milk, because the milk quality is never affected by this variable”

The nutritional aspects are highly well known, possesses the ideal profile from the point of view of nutrition and psychologically, breastfeeding creates a unique and indissoluble link between mother and child, in addition to give them a feeling of pleasure to both. The foregoing, as explained by the specialist of Avansalud, there are also other important benefits mentioned, which are long-term and that have been demonstrated in a retrospective, “Children who have had successful breastfeeding for more than six months tend to be safer, have less personality disorders and even less serious mental illnesses. Are children and adults more healthy mentally,” he says.

The initial recommendation is to maintain exclusive breastfeeding until six months and then mixed for up to two years, as the child begins receiving other foods that also contribute to its growth and development. “Breast milk never loses its properties, it is never a bad. There is a myth around that, that milk is no longer served after a certain age, or months, that doesn't happen. The important thing at this stage is the weaning process, the process in which the mom left to grow in your child and avoids to confuse the justification of feeding quench the child's anxiety through the sucking of the chest. For that you need to analyze the benefits, always giving priority to the peace and well-being of both.”

Latin american culture tends to be very florida and include recommendations sometimes somewhat exotic, however, for successful breastfeeding, it is only necessary that the mother be quiet, emotionally, and a good advice where you understand that you should never push to the mother.