Home Babies from Month to Month

Say some psychology professionals and that birth is one of the events which can make the personality of a person, and I guess I say it because since we have always treated quite poorly babies at birth.

Run for Facebook a video in which a nurse is bathing a newborn is that it shows that even they have to change many things in the treatment and care of the newborn and that it is more advisable, since the baby is yours, is that when born you who bathe (or you could pass this on that I show in the video):

Not seen in the video, but it is as well as imagine this scene. The baby is dominion peacefully in his unitary, or in the arms of their parents, and the nurse arrives to tell them "oh, bath Time!", because look, in that moment it was decided that tap to bathe the baby in the room 12. Well I could have said to the parents "let me know when you are awake and calm," but no, just the same, it is in that moment when you have the time to do it and the other spare.

The father says that if he can accompany you, who would you like to record on video the first bath of her baby, and the nurse agrees. And then what happens is this:

Sadly, this happens time and time again in many hospitals..... The staff of the coroners, has frequently lost the delicacy and respect toward loved newcomers who are dealing with a thousand and one adaptations.......

At the end dress her up and take him back to the room, where his mother asks "What, how has it gone?", to which the father responds the same thing that the nurse has commented: "Oops, what character has our son... has already told me the nurse that will be ready to take up arms".

But no, it is not a matter of character, but simply treat a baby as if we were washing a piece of meat, or the lettuce that we then eat. And I do not mean dignity only, because the video is recorded for posterity, but because the baby takes a few hours in this world, is just beginning to know the place you are, you're learning thousands of things every minute and the last thing you need is a moment of suffering and agony in which they could be feeling that you are going the life.

Clear that babies cry. It is his way of communicating that something is not going well. And we are their caregivers and responsible for providing the care and attention needed to stop crying. Come on, that is one thing that cry because they need something and another that you weep because they're doing something they don't like. If we were to talk about clothe them, at which point some will cry, because there is no other, it is necessary to put the clothes because they may lose the temperature and put your health in danger, but no, we are talking about bathe them and, honestly, there are ways much more kurtosis and loving to do so.

The nurse is a bathroom most of the hundreds of baths to babies makes during a year. For that baby is your first bath, your first contact with the water, and it is not the treatment it deserves or needs.


Dan wanted not to be born

Two years ago I shared this video even more explicit in that you see more maneuvers, and from that I draw the following conclusion: to make you want not to be born.

The professionals do not have bad intent, not even in the video above, but have nothing to touch, no empathy and no love in the treatment towards the children. They are a flower that has just arrived and what they need is a treatment in accordance to their fragility, both physical and emotional: love, respect, make them feel safe and loved, and not as if they have just arrived to the jungle (since they will have time to discover what we are capable humans).


In fact, don't even need to barnacles with so much haste

We are talking about the bath of the newborn should be done with more affection, but it is in the present, this debate doesn't even make sense, because there's no reason to recommend that the baby be given a bath at birth, beyond the aesthetic reasons (that is handsome or beautiful).

That is to say, bathe the baby does not bring any benefit and in change did any harm: it puts at risk its thermal stability, because the dip it is what we are going to cool down, and we are separating them unnecessarily from their mother, at a time when it is most important that they are together, they smell, they are known to be in skin to skin contact, the baby will take the breast, etc

In the Clinical Practice guideline on Normal Birth Care in Spain, in the section dedicated to the bathroom the baby is concludes the following:

It is recommended not to bathe routinely to the RN in the first few hours after birth. If the mother so requested, to the bathroom would be an acceptable option provided that is achieved, the thermal stability of the neonate and without interfering with the recommended time of skin to skin contact.


How and when you bathe then? 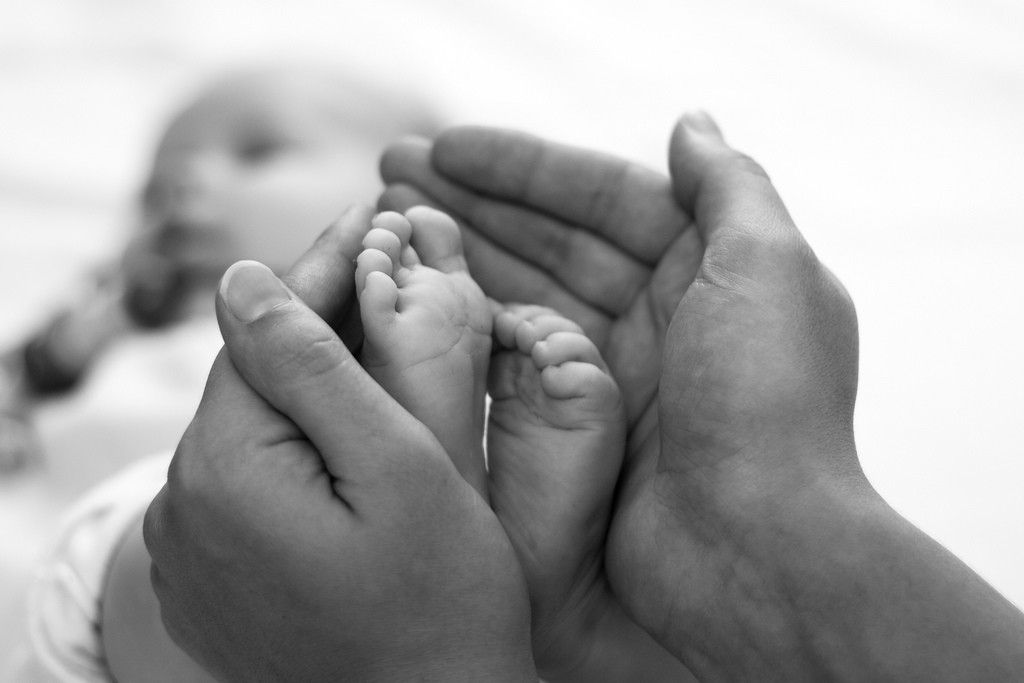 Because, as I said at the beginning, at some point in the day you were born, or the next day, or the next. Gives equal. In a time when the baby is quiet and the mother and father want to bathe him. And that the ideal is to do them, their parents. Because it is your child, because if they don't know they have to learn, and because it is recommended for your confidence to take care of the baby, to feel more and more capable.

In the hospital they were born my kids to the children they were brought to bathe him, at least this is what they did when he was born the third, and my wife was clear: "my son bathing me, for I am your mother." While they were babies of other mothers (as we have allowed many first-time parents), she said that not speaking, not separated from it for that reason. And when they came to take it away because it was late. She had already bathed.


Another way to do it

If the nurse insists on bathe him we can refuse, of course, that the baby is ours, but if we are the parents who want him to shower because for us it is a priority that is clean, we must know that there is another way to do it. A nurse made famous some years ago to prove that he could tuck the baby under the faucet and make them feel calm, confident and well-treated:

Now compare this with what the first and second videos. The babies seem to experience it a little differently, isn't it?