Tumors of the endometrium and menstrual flow abundant 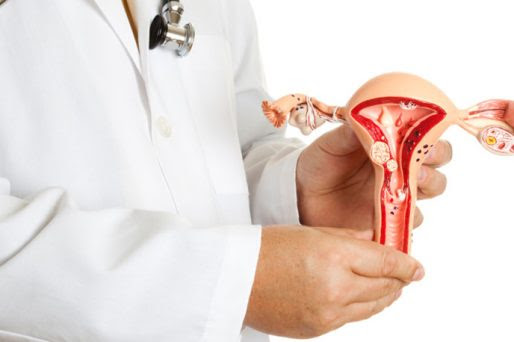 The uterine polyps may cause hypermenorrhea or miscarriage by affecting the endometrial cavity.

The uterine polyps are tumors, mostly benign, that grow in the endometrium or inner layer of the walls of the uterus. Their presence is usually asymptomatic, but the excessive menstrual flow is its signal more frequently.

Expert: Dr. Enrique Oyarzún, gyneco-obstetrician at the University Clinic of the Andes.

These, also known as endometrial polyps, have an elongated shape, sometimes highly vascularized. Can cause an increase in menstrual flow or hypermenorrhea or cause spontaneous abortion by altering the endometrial cavity, where the embryo is implanted.

Although medical science has not been able to pinpoint with accuracy the origin of this disease, the doctor Enrique Oyarzún, accurately, that its appearance is associated with the stimulation of estrogenic hormones.

The development of uterine polyps increases with age, especially during the fertile period of the woman. The factors that help to develop this condition include: obesity, anovulation, and chronic and long-term use of tamoxifen, a drug used in the treatment of breast cancer. In addition, they may have a greater association with cancer if they appear after menopause.

Most of the times the presence of uterine polyps do not present symptoms, however, the manifestation of a recurrent of this condition is usually the hypermenorrhea or profuse discharge of menses. Although less frequent, can also cause fertility problems, occupy a large part of the interior of the uterus or obstruct the passage to the fallopian Tubes.

Once diagnosed the endometrial polyps, through an examination of hysteroscopy, should be removed with a surgery called Resectoscopía. All the polyps are symptomatic should be treated.

The treatment consists in the removal-directed low-vision hysteroscopic, which is a minimally invasive procedure. It introduces an endoscope into the interior of the uterus with a small video camera and instruments to cut and remove the polyp for its study biópsico. Although in the majority of cases, the uterine tumors are benign, one must still perform a biopsy as a test of rigor, to detect any malignant cells.

Dr. Enrique Oyarzún, explains: “In patients with rule excessive incidence of uterine polyps is 8.9%; of them, 74% were benign, 23% had changes in premalignant and 1.5% had malignant change”.

Today, thanks to minimally invasive surgeries and with total certainty of success, the patients can be healed of this disease. “Prior to this condition, forced surgeries inefficient as the dilation and curettage -a surgical procedure intended to remove some content from the inside of the uterus-that it was blind, therefore, was not sure whether it was extracted completely the polyp, or forced to major surgeries such as hysterectomies”, concludes dr. Oyarzún.