Allergies spring and pregnancy how to treat?

Spring arrives and with it, the sun, the longer days and the ability to do more outdoor activities, but also, a large part of the population suffers from seasonal allergies, those that increase their levels of expansion during the spring by the proliferation of pollen in the atmosphere, which can cause health conditions if not treated properly.

Periods such as winter, and in this case spring, trigger a series of allergens that the immune system of some people considered to be “dangerous” and bring on breathing problems. It is important that pregnant women know that allergens cause reactions in your body to be able to control them.

Dr. Ana Maria Gallardo, immunologist chemistry Clinical Avansalud, explains that allergies are an exaggerated response of the organism against various external stimuli and environmental. “Usually there is normal tolerance against these stimuli, but there are people with genetic susceptibility that have boxes chemicals when they are confronted with certain elements,”he explains.

Precisely in the spring increase the rates of allergic rhinitis due to pollen that occurs between the months of September, October and November. “The pollens of grass, trees and weeds appear during the second half of the year, producing allergic responses in a large part of the population”, says the specialist.

Among the most frequent symptoms are: 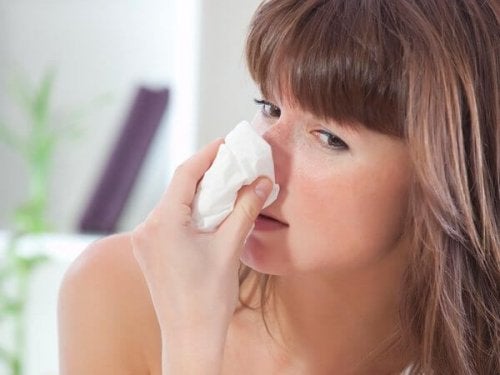 Read also: Video: Is it normal to feel cravings during the pregnancy?

How do you deal with spring allergies during pregnancy?

It is estimated that one-third of pregnant women who suffer from allergies do not manifest major complications, even the same figure, acknowledges that his condition hormonal and genetic basis, improves your state during pregnancy; the rest of the pregnant women say that they feel worse and they feel that their allergies have gotten worse with the pregnancy.

The treatment for allergies in the case of a pregnant woman, it varies with respect to other persons, during the first three months of gestation, it is recommended not to use any kind of medication, it is advisable to avoid contact with agents that trigger the crisis.

From the second and third trimester of pregnancy, if you have pictures of allergies may be prescribed medications such as loratadine, cetirizine and nasal corticoids, that they would not cause problems as it is proven that remaining in the nasal mucosa.

If you are not yet pregnant and you want to put a control to this situation, it is possible to use a vaccine of immunotherapy that can be applied subcutaneously or sublingually to treat allergies, however, according to the specialist, “not everyone can access it because it requires a medical diagnosis being a treatment that can extend for 4 or 5 years and the patient must present a series of requirements to get it done.”