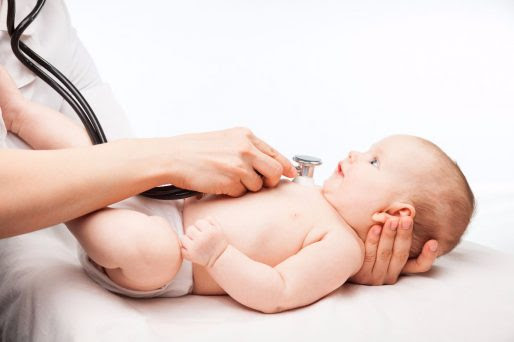 Not only adults may suffer from disorders of blood pressure; high blood pressure in children also exists and is just as dangerous but correctable, hence the importance of controlling the renovascular disease in the smaller ones, this way we can allow a timely detection can slow the progress of kidney damage.

The abnormal increase and standing blood pressure does not only affect adults, also babies, children, and adolescents can suffer from this condition of the hand of genetic or environmental factors. In fact, if one of the parents present hypertension, the children have a 33% chance of inheriting this condition, a risk that increases to 50% if both parents have this problem, in addition to this, obesity also becomes a determining factor at the time of developing high blood pressure.

How to detect it?

The first signs of high blood pressure in children can be easily detected by control frequent blood pressure at the hands of the pediatrician, who can determine whether the values correspond to the age, weight and height of the child.

The importance of a timely detection of high blood pressure in children lies in the fact that this problem may be secondary to complex diseases. In neonates, the arterial hypertension can be a reflection of a thrombosis of the renal artery after cannulation of the umbilical artery, common procedure in children who require to stay in units of newborns.

So also, both in infants and in children up to 10 years a high blood pressure can mean a coarctation of the aorta, which is a disorder in the embryonic development of this artery, correctable if there is a timely health care.

Read also: David Beckham responded to those who called him a pervert for posting this photo of his daughter

The larger the child with hypertension, the more likely it is that this condition is a result of an illness associated with it, such is the case of renal vascular disease; according to dr. Francisco Valdes, professor of vascular surgery of the Catholic University, when the kidney does not receive the blood flow necessary to fulfill its function, it releases substances that trigger a powerful response in the body and increase the blood pressure. The most common process by which one or both kidneys can be deprived of their irrigation is the narrowing or blockage of the arteries that feed it, leading to renovascular disease.

The ER is the second most important cause of hypertension correctable in children and if not treated in time can occur the total obstruction, which would result in irreversible kidney damage which only solution is the artificial kidney –dialysis– and-kidney transplant.

“A lot of times the narrowing of the renal arteries is manifested no apparent symptoms, only with hypertension, however, in other cases this problem is manifested with headache, and sometimes bleeding from nose, vomiting, irritability, and / or retardation of growth; these symptoms should alert the pediatrician, and encourage an evaluation by a nephrologist child”, says Valdes.

One of the ways to revascularizar or return the irrigation of the kidneys, is by means of endovascular surgery, a minimally-invasive technique that consists of introducing a deflated balloon into the artery, which, after inflation allows the artery to recover to its diameter normal to increase the blood flow to the kidney. This method is attractive for its simplicity and short hospital stay is less applicable in children than in adults, by the frequent recurrence of the narrowing of blood in the arteries fine and in full development.

Also read: animated Films invade theaters: why are they so popular?

“The surgical repair is effective for cure or improvement lasting or permanent hypertension, in turn, allows you to retrieve and/or maintain the functioning of the kidney in cases of arterial occlusion”, notes dr. Valdés, who has led this surgery in the Catholic University, an experience over 25 years includes from infants to teens.