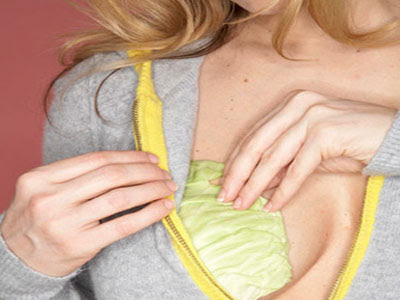 Some moms decide by their own will, or by any medical condition, not to breastfeed, others do up to the first six months of baby's life, and others to extend the lactation until after a year and whatever the decision of the mother, is accepted.
Now, if you've decided to breastfeed for a month or for a year, when comes the time of detachment to the chest or the weaning, we must do it in a responsible and respectful manner, this, for the simple reason that both the baby and the maternal breast must conform or weaning off the routine.

How to stop producing breast milk?

It is common to hear mothers who feel some concern about this step, as the child is comfortable and confident with the routine, at the same time that your body still produces a quantity of milk that the child tolerates and appreciates it.
In cases like these, Dr. Casas argues that “having decided on the change of form of infant feeding you can opt for a natural system of “non-use – non-production”, which leads to the cessation of slow form of the production of milk.”
Remember that the amount of milk produced by the mammary glands, it goes in direct relation to the stimulus of suckling of the infant or child, the more suction the more milk, and in his opposite, less suction, less milk.

How do you do it?

Considered to perform this action gradually, because if you perform it abruptly and from one day to another, not only you'll create a problem in your child, but also in your body, and could present a congestion of the breasts.
If this alternative is difficult or very slow, for no reason go to alternatives as to get a substance sour or bad taste so that the child refuses the breast. In conjunction with your obstetrician can decide the way to stop the axis producer of breast milk through hormones and special medication.

The time of weaning came